Nowadays, the one thing we all can do is, stay fit and healthy. You don’t have to go to the gym; instead, you can do it from your home. If you don’t know how to maintain your body shape then, just follow Shaun T. Fitness and get tips from him.  With simple but useful tips, you will be able to set clear boundaries, get work done.

Shaun T. Fitness has been openly gay since coming out via Twitter in October 2012. The same year, he married his husband, Scott Blokker. Most of you are unaware of who Scott Blokker is and his married life. Let’s uncovered everything about Shaun T.Fitness’s husband and also take a quick look at their net worth and marriage.

Who is Scott Blokker?

Scott Blokker is well-known as the husband of fitness entrepreneur, Shaun T. Although Scott doesn’t have his Wikipedia, but his husband does have. Scott Blokker was born on December 8, 1971, which makes his age 49. 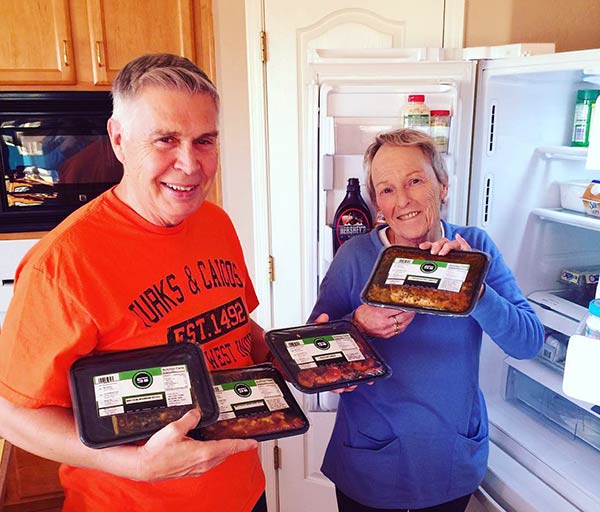 He grew up in Seattle, living with his parents and brother, Kevin. Since an early age, he loves playing football. Blokker moved on to New York to pursue his career in modeling after being discovered by a scout.

Blokker got married to his boyfriend-turned-husband, Shaun T, in 2012. Though the couple remained relatively private about their personal life, his husband announced via Twitter that they got married in October 2012. Also, the wedding attendee Alex Coloroe tweeted an Instagrammed shot from the wedding. She tweeted, “the two most amazing people in the entire world, so happy for you both.” 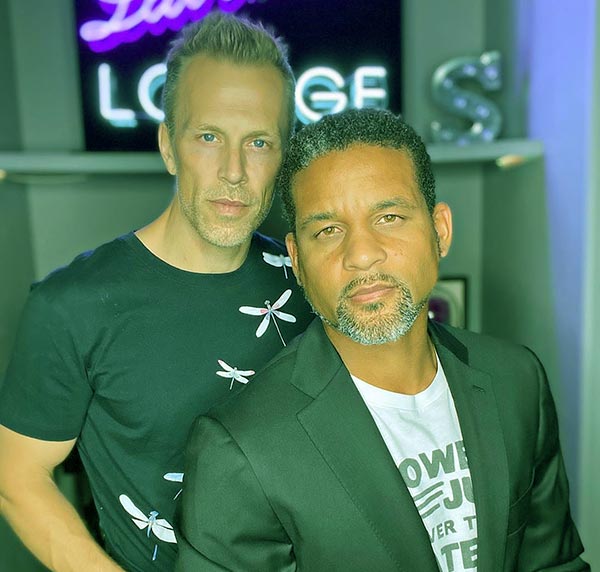 Caption: Scott Blokker and Shaun Thompson dressed up for the wine night out

It’s been eight years, Blokker and Shaun T got married and still their relationship going robust than ever. In one of Instagram posts, Blokker said that they had been together for ten years. We can also seem on Shaun T’s social media and even work out together. Both of them have maintained their body very well.

Blokker took to Shaun’s blog and revealed for the first time in detail about his sexuality. Scott said that being a gay professional was even harder. He thought that gay was terrible because he didn’t see any normal gay people in his life until he met Shaun.

Afterward, he accepted for the first time, who he is. He learned that he has no faults, and now, he is living his life happily with his husband and family.

Scott Blokker is the Father of Twin Sons

Blokker and Thompson are proud parents of twin sons, Sander, and Silas who were born to a surrogate mother on November 17, 2017. Silas and Sander were prematurely born at 32 weeks five days. Shaun shared a photo of he and Scott posing with their twin sons on their chests. 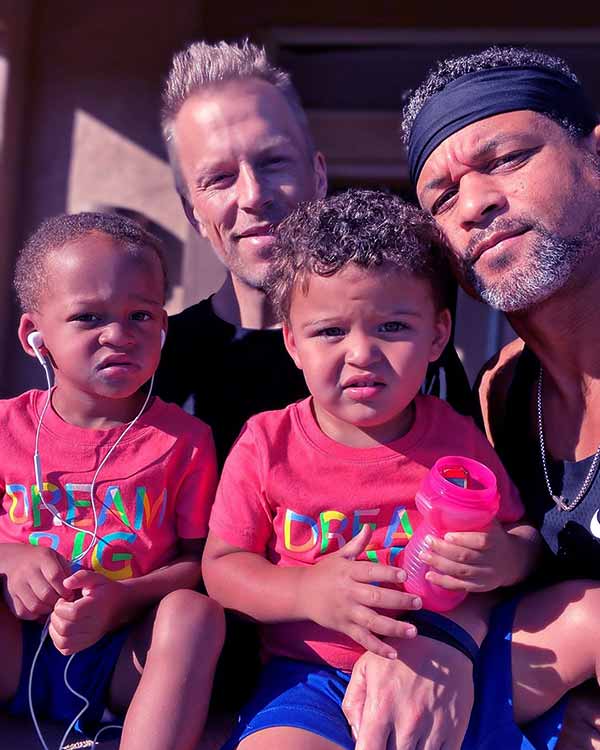 The couple revealed they struggled with fertility and went through Tests, doubt, grief, and waiting. In five years of challenges, two have faced many ups and downs. Their sons were born after twelve attempts, six egg donors, five surrogates, and two doctors. Though the couple shared the same egg donor, Silas Rhys is from Scott’s sperm, and Sanders Vaughan is from Shaun’s sperm.

Further, Scott and Shaun spent thousands of dollars, and now, they’re enjoying their parenthood. Now, the twins are two and a half years old and growing day-by-day.

Anyone else jumping into the weekend like Silas and Sander? Well, @scottphotobombs and I will be jumping into #winenight and we hope to see you there! See stories for deets! ? #friday #weekend #twins #brother #brotherlylove

Scott told People that his husband once said to him that he wanted 11 kids. He didn’t have to think twice about that. Scott said, “Hell to the no!” He added, once you have two, it’s cool, and we could do it again.

Scott Blokker is a professional retired football player, as well as a model. Blokker grew up loving sports and started playing football professionally in the 1990s. Blokker spent his ten years in football and played for teams in Seattle, Portland, Sweden, Cincinnati, and Buffalo.

After retiring from football, Scott worked for his parents’ company in business development. Later, he developed his interest in the model and went to New York City to fulfill his dream. The blonde handsome did modeling for various agencies.

Scott earned a decent amount of money from his football and modeling career. This experience of his allowed him to travel to different countries.

Scott has an Instagram account under the name “@scottphotobombs.” He posts numerous photos and videos of himself and his family.